[This is How] to Put Liquid Dish Soap in Dishwasher

I get it. Both dish soap and dishwashing detergent have more or less the same function. So, the temptation of using one instead of the other will sure come to our mind.

Also, dish soaps are way cheaper than dishwashing detergents. If the dish soap works well in the dishwasher then why not substitute dishwashing liquid with it and save some money!

But putting only liquid dish soap in a dishwasher will be a terrible idea.

As the dish soap has an oversudsing formulation, your dishwasher will get flooded with bubbles if you run it with only dish soap.

Since the safety of the dishwasher is a major concern here, you might want to look after some of the things I have mentioned in this article.

What are the after-effects of putting liquid dish soap in the dishwasher?

But do you think that dish soap can work equally well on your dishes like a specially formulated dishwashing detergent?

When you hand wash dishes and when you wash them in a dishwasher, don’t you have ever noticed any special change?

After washing the dishes with a premium dishwashing detergent, you can literally feel the before and after cleansing effect. So, using a dish soap which is not only cheap but also NOT formulated for a dishwasher instead of a high-efficiency dishwashing detergent can be worrisome.

Given the pricey nature of a dishwasher, it is for many of us a lifetime investment and using a foreign object in a dishwasher must be a tough decision. But hey I am not saying liquid dish soap should be avoided entirely from using in a dishwasher. I am asking you to maintain caution, keeping in mind both sides of a coin.

So, what are the both sides of the coin?

The liquid dish soap can give some serious trouble in the working process of your dishwasher.

Yes, it can. To save some dollars on the dishwashing detergent, you can lose money on repairing your dishwasher, if not maintained caution.

Here’s what troubles you can face:

a. The dishwashing detergent has low sudsing contents because the dishwasher is not designed to handle suds. Whereas one tablespoon of dish soap can fill your entire sink with suds. Clearly, running a dishwasher with dish soap will fill the machine with foams.

b. While the machine is on a run, it will pump and spray foams aggressively and the plumbing system of the dishwasher may get affected seriously.

c. Many dishwashers even the ones that have stainless steel tubs have some iron, steel, and aluminum chassis parts. The foams may cause corrosion to them.

d. Bubbles will seep out from the dishwasher and the entire kitchen will get flooded with suds. The kitchen cabinets will likely to get water damage also.

e. Bringing the dishwasher to its previous condition after such a bubble-trouble will be a great challenge. Cleaning such a mess is time-consuming, needs effort and devotion.

Overall, it’s a terrible idea to run a dishwasher with dish soap. But two teaspoons of baking soda can make a lot of difference. Using baking soda will help with suds and also deep clean the dishes along with your dishwasher just like the dishwashing detergent.

But Why Baking Soda?

Baking soda or Sodium bicarbonate is a naturally occurring substance in all living creatures. It maintains the pH balance of a living body which is crucial for any creature to live a healthy life.

Baking soda is nontoxic and a gentle cleanser. It will not be tough on your dishes rather it will be hard on the grease, dirt, and oil.

Baking soda has an extraordinary ability to clean tough grease. That’s why to clean commercial kitchen equipment and large machinery, baking soda is widely used in the industries.

It acts as a natural cleaning agent because of its mild alkali nature. It uncontaminates your dishes by dissolving the dirt and grease into the water.

You can also use baking soda as a scrubbing agent. Don’t dissolve the baking soda. Just sprinkle a generous amount on a sponge and the abrasive nature of it will lift stubborn dirt from the pots and pans. Stains from coffee and tea get treated easily in baking soda.

Given the gentle, non-toxic and natural nature of baking soda, you can safely use it around children, pets and on the dishes from which you take food directly.

Clearly, while using baking soda in the dishwasher you will rest assured of the fact that it is not going to harm the machine. And at the same time, you will get cleaner dishes.

Many dish detergents or dishwashing liquids have perfumes and dyes in them to cover up the bad smell of food on your dishes. But baking soda is far more advanced than them. It removes odor not just cover them. Some folks even use baking soda to remove the strong smell of the shoes.

Baking soda has a tremendous ability to make your dishes odor-free. Any unpleasant odor usually comes from strong acids like milk or any sour food item or from strong bases like spoiled fish. Baking soda works wonder in bringing both the acidic and basic order molecules into a neutral state where it removes the odor completely.

Comparing with the expensive detergents that come in a variety of fragrances, baking soda is very cheap. Yet it is natural, gentle and effective on your dirty dishes. From mild to strong it can remove any odor with ease. It is safe for your dishwasher, also, a good cleaning agent to remove the dirt and odor from the dishwasher itself. Overall, baking soda is a great choice when it comes to clean, uncontaminate and remove smell from your dishes.

How to use baking soda and liquid dish soap mixture in your dishwasher?

Baking soda is a natural agent. So, it is safe for septic systems. You can use it without any worries of harming the good bacteria of the septic system and in the long run using baking soda will give good health benefits too. Since we can’t skip the dish soap in this mixture, I will suggest you to use a liquid dish soap like this which has received grade ‘A’ from EWG, so that you can use as a minimum amount of chemicals as possible.

The best part of using baking soda is that your priceless dishes will remain unharmed. Baking soda is a gentle cleanser yet tougher on stains. So be it your precious wine glasses or fine china set, rest assured no harm will reach them. But don’t forget to wash them in ‘china’ or ‘light’ setting.

Mixing baking soda with dish soap will enhance the cleaning ability of the dish soap. Also, many dish soaps are just harsh chemicals that are not good for the dishwasher.

So, using less amount of dish soap will minimize the risk of harming your dishwasher. Baking soda will decrease the suds-effect too. Clearly this is a powerful combination when comes to cleaning dishes. You can even hand wash dishes using this mixture. Just sprinkle some on the scrubbing pad and wash your dishes, you will see the difference instantly.

Now, that I have given you all the advantages of using the baking soda and dish soap mixture, let’s find out how to use it in the proper manner to get maximized results.

Ingredients are just two. The baking soda and the dish soap.

Remember, I cannot tell you the right amount of liquid dish soap or baking soda for you. Depending on the depth of the dispenser, you need to fix it for yourself. To avoid any kind of unwanted situations like foaming or bubbling, go low with the dish soap. Then once a load comes out, it will be easier for you to decide the right amount of the mixture.

I use the mixture of baking soda and dish soap most of the time. It is cheaper and effective too. But one thing this mixture does not give you is that the ‘dishwashing detergent-finish’.

After washing the dishes with this mixture for a week you will observe, that the shine which your dishwashing detergent added to your dishes is missing. The dishes although clean will look dull.

If you are using a rinse agent, then the shine may be still there. But as I don’t recommend using rinse aid, given its bad health effects, using it to sustain the shine is not an option for me. 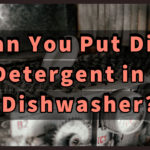 Previous Story
Can You Put Dish Detergent in a Dishwasher? [Yes, with caution]
→ 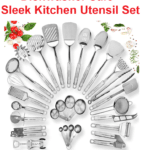 Some recommended products may use affiliate links. Dishwashingpro.com is a participant in the Amazon Services LLC Associates Program, an affiliate advertising program designed to provide a means for sites to earn advertising fees by advertising and linking to Amazon.com. Amazon and the Amazon logo are trademarks of Amazon.com, Inc or its affiliates. 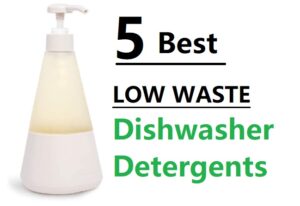 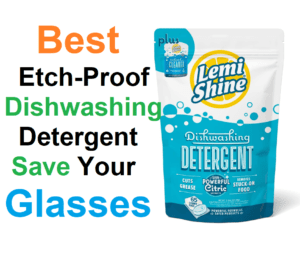 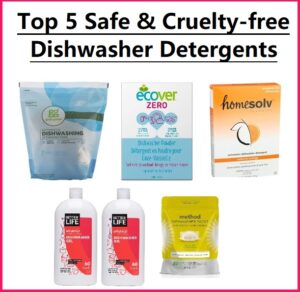